South Florida Tops in State for Obamacare Signups in 2016 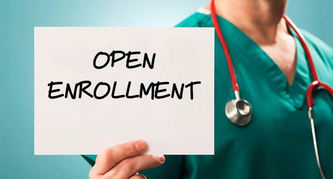 ​As the deadline for 2016 health care coverage under Obamacare nears, South Florida leads the state for sign ups or re-enrollment in health care plans through the HealthCare.gov platform, the U.S. Department of Health and Human Services announced Wednesday.

The 2016 open enrollment period for health care coverage as outlined under the Affordable Care Act, or Obamacare, runs from Nov. 1 through Jan. 31. South Florida led the state for signups last year, as well.

As of Jan. 16, 8.8 million people in the United States signed up for coverage or were automatically re-enrolled in health care plans through the HealthCare.gov platform. In Florida, 1.6 million people signed up or were re-enrolled, according to HHS.

“As expected, consumer interest is beginning to increase again as we near the deadline for 2016 coverage,” HHS Secretary Sylvia Burwell said in a statement. “We know we have more work to do and as we count down to the January 31 final deadline, we’re focused on making sure consumers understand that they must act soon to find affordable health coverage and avoid the fee for choosing to not have health insurance in 2016.”