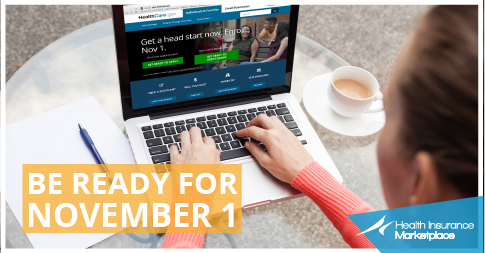 By A.J. Rice and Jailendra Singh

HHS estimates 9.4-11.4 million enrollees on public exchanges at the end of 2016
On Oct 15, HHS released its projection for potential 2016 health insurance exchange (HIX) enrollment. Specifically, HHS estimates 9.4-11.4 mln of individuals will be enrolled on HIX at the end of 2016. The range is based on HHS’ assumptions about the effectuated enrollment at the end of 2015, the starting point for the third open enrollment period (11/1/15 – 1/31/16), rates of re-enrollment, take-up by new enrollees, and attrition of those who initially select a plan but do not maintain coverage for the entire year (see figure 1 for the breakdown on these individual estimates).

Some basic differences between CBO approach and HHS approach
HHS’ estimate of 9.4-11.4 mln came in below the CBO March estimate of 21 mln for the HIX 2016 ending membership. However, there are few differences in the two approaches. First, CBO has not updated its 2015 membership estimates since March 2015. The agency still carries the estimate of 11 mln people covered on HIX at the end of 2015. The most recent update from CMS pegs the figure at 9.9 mln at the end of June 30, 2015, with HHS assuming the figure at 9.1 mln. Second and more importantly, HHS estimates only focus on the 19 mln “addressable market” for the new enrollment, which is defined as all uninsured individuals or those who currently have coverage but have incomes at or above 138% of FPL (100% if the state has not expanded Medicaid). CBO estimates, on the other hand, take into consideration employer dumping and individuals moving from off-exchange coverage to on-exchange coverage (which together we estimate may represent 60% of incremental Y/Y growth in 2016). Finally, we believe HHS is more likely to set a conservative goal than CBO.

What really matters for hospitals and MCOs?
What matters most is how many prev uninsured get coverage on HIX. HHS, in its update yesterday, pegged the figure at 2.8-3.9 mln. CBO projects 6 mln of the uninsured get coverage, with 2 mln increase in Medicaid, implying incremental uninsured lives enrolling on HIX of 4 mln for ’16. HHS estimates the disenrollment of 0.3-1.8 mln at the beginning of ’16 and another 1.6-2.7 mln throughout ’16. While, no national data is available on the new status of these drop-outs, Covered CA recently published a report highlighting that only 15% of HIX drop-outs remain uninsured.