In Florida, 444,711 People Signed Up for Coverage Through the Health Insurance Marketplace 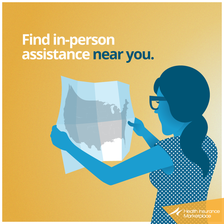 Less than two weeks remain until the December 15 deadline to obtain health coverage effective January 1. As of November 28, 444,711 Floridians had obtained insurance during the first month of open enrollment, according to the federal government.

“Americans who need health coverage starting January 1st have just two weeks remaining before the December 15 enrollment deadline,” Department of Health and Human Services Secretary Sylvia Burwell said. “Whether you are enrolling for the first time or an existing customer who is shopping for the best plan for 2016, now is the time to visit HealthCare.gov or CuidadoDeSalud.gov. We’re encouraged by the number of people who are returning to the Marketplace or are seeking coverage for the first time. More than 2 million consumers have selected a plan and over 700,000 are new Marketplace consumers in the 38 states using the HealthCare.gov platform.”

Open Enrollment for 2016 health coverage at HealthCare.gov began November 1, 2015, and runs through January 31, 2016. Individuals who need coverage starting January 1, 2016 must sign up by the December 15, 2015 deadline. Consumers should visit HealthCare.gov or CuidadodeSalud.gov to review their coverage options, learn about what financial assistance is available, or to sign up or re-enroll in a plan that best meets their needs.